Back to top
Call Me Free Send SMS Send Inquiry 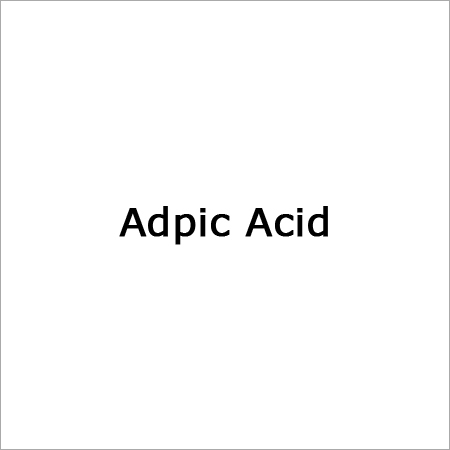 Adpic Acid
Send Inquiry
Product Code : 26
Product Description
We are passionately engaged in offering an exclusive range of Adpic Acid that has been incorporated into controlled-release formulation matrix tablets to obtain pH-independent release for both weakly basic and weakly acidic drugs. It is is an organic compound with the formula (CH2)4(COOH)2 & used mainly in the production of nylon. This Adpic Acid is produced from a mixture of cyclohexanol and cyclohexanone called "KA oil", the abbreviation of ketone-alcohol oil.